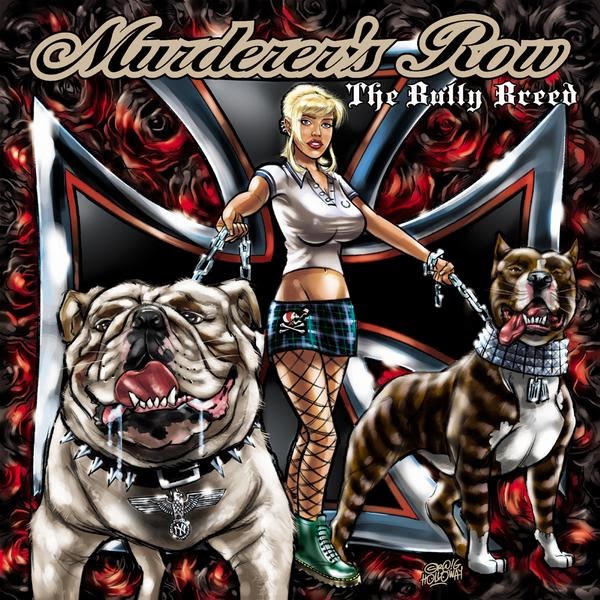 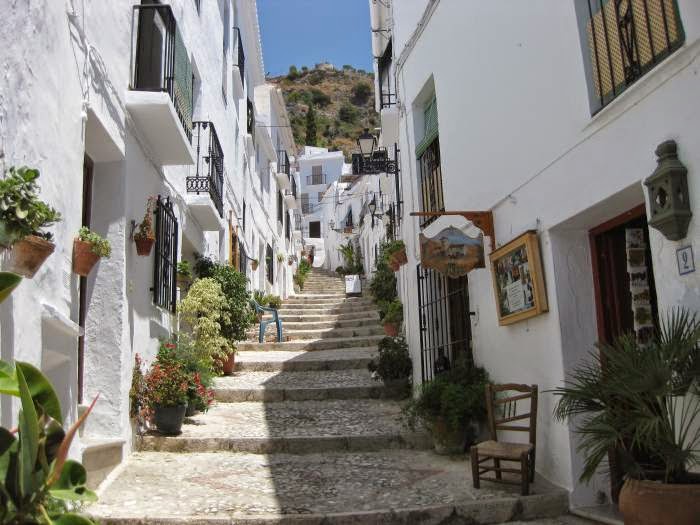 Will be going away to the sunny mountains of Frigiliana come Thuesday. Feasting on goats, drinking cervezas and terrorizing the locals will be the main event so no uploads for a while. Will upload some Spanish tunes on Fuck Yeah 'til then though.
So long suckers.
Upplagd av Bernando kl. 01:33 1 kommentar: 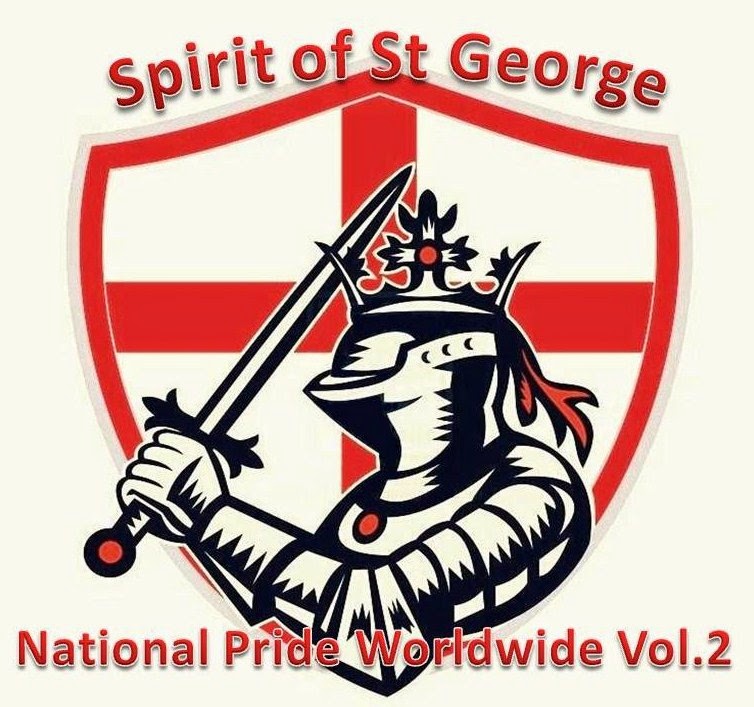 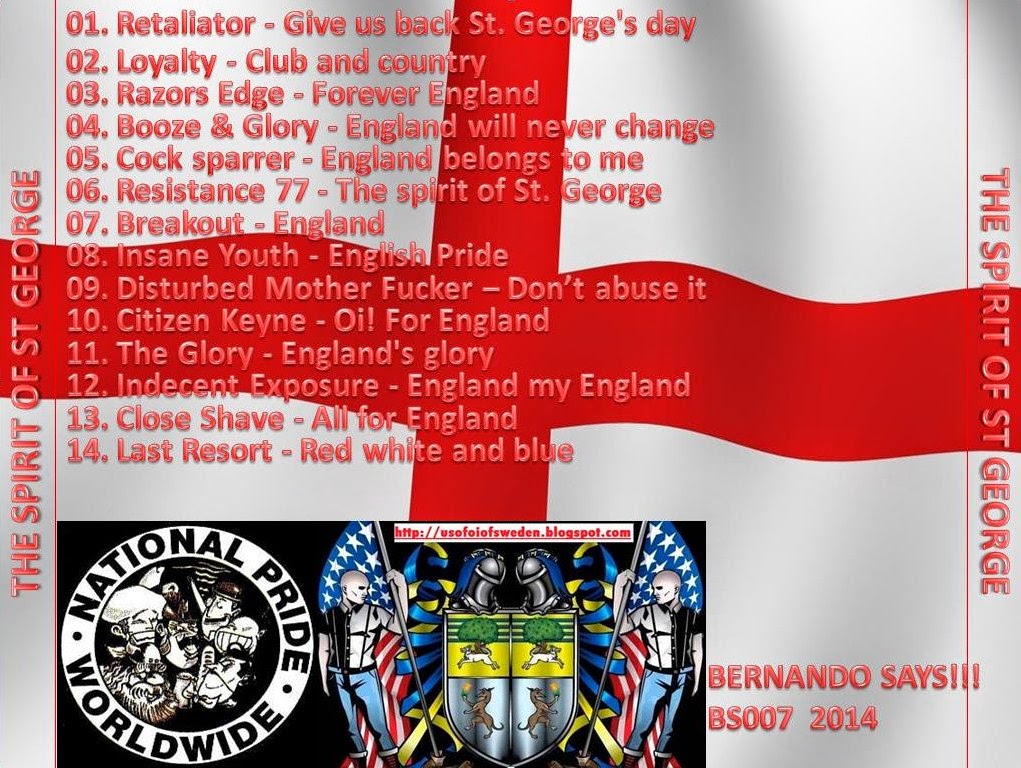 The most epic album serie gets even more epic as Bernando Says!!! (me) delivers the second installment of National Pride World Wide to the shores of the saxons. Brutalising and forcing patriotic passion down the throats of the weak and unaware. This could very well be the most free, illegal and patriotic bootleg that has ever been produced.
Happy St George's day!! 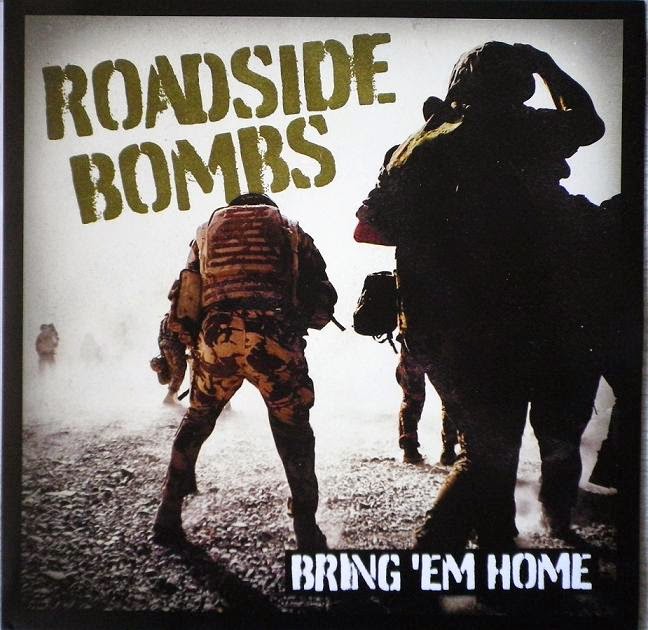 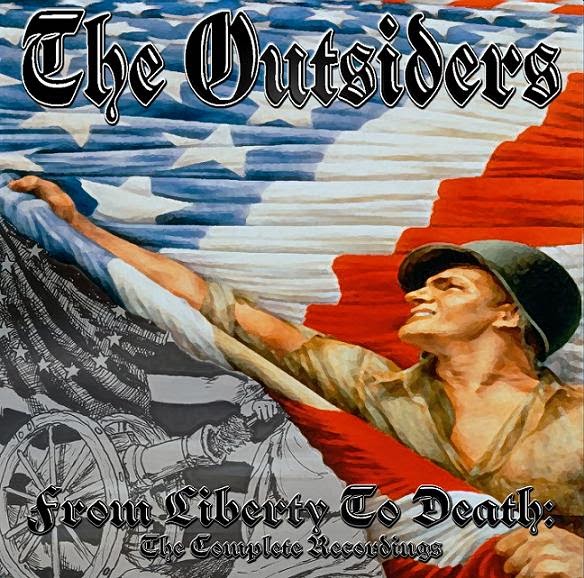 Released by Working Class Records in 2010.

Another great discography record released by WCR in 2010. This record just like Squiggys is easy to defend since the original songs are next to impossible to buy these days. I own their 7'' and have their split 7'' in digital form and that sort of sums up their discography. All other songs are taken from longforgotten demos and various compilations, it was about time someone collected them all on one record.

Outsiders sum up most things i love with flagwaving and patriotism with their songs about the constitution and respect for generations that came before all done with a lot of love and very little hate. They might sound like a slower version of Squiggy but listening to their discography as a whole i must say that a slight resemblance to Degeneration comes to mind. I guess Outsiders was a big influence on that band, dots i havnt connected until now.

Most songs deal with working class life, the nation and those who fought and died for it. Another side of Outsiders is their fanatism for Dion and The Belmonts. A fandom i can shamefully admit that i share with them and even if it was a long time ago i pulled the old records out both The Belmonts and Del Shannon has honored places in my crates. I love how these versions of old Italy-American boybands can get past so many hard Oi!heads without notice. The genres are so far inbetween but still blend perfectly together. My dream is to one day hear an Oi!version of Totos "Rain down in Africa". One day......
8/10

A young band LA band with old members is probably the best way to describe this band. The band itself has only been around since late 00's but their frontman Sean "Coop" Cooper is somewhat of an embodiement of punkrock and has become just as known for his music these last years as he used to be known for his numerous facial tattoos and lack of teeths in his mouth. Other than Coop on vocals the band consists of Jason Dissent on guitar, Ian Down on bass and Ryan Cox on drums.

As little as i like American streetpunk and as unoriginal as i think Clockwork Orange bands are it's still a damn good release from a proper good Westcoast band. And who knows maybe one day we can hear a re-recording of Hollywood Hell with piano in it?
8/10