Thought i made myself clear the first time around. Me keeping the links updated would costs about 20 bucks a month with the sheer size of all  records uploaded on my sites since 2008 and with shit getting removed here and there it will never be complete and i simply don't have the time to upload something everytime it goes down. Visit www.slsknet.com and download the software for free. Follow the step by step instructions and there should really be no problems with it. If anyone still has problems with understanding the basics of soulseek then contact me (but it's not that hard). The soulseek system should work and the more that get on the wagon the less money those fuckers at rapidshare etc will earn. If not for me then do it for satan. 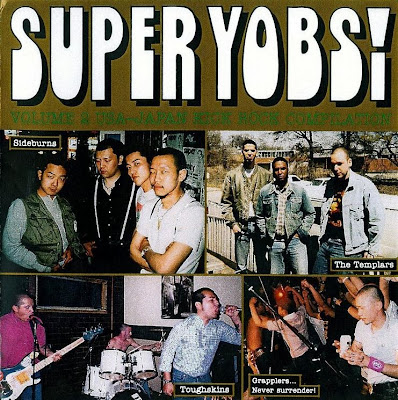 Volume one was a split with Templars and Red alert (uploaded here so search) but for this second volume the vulture set sail to the east and came ended up creating history at the same time. The Japan scene has always been superb but few really knew about it's existence until Vulture made it global with this record and the now legendary Werewolfen album (the record that opened up my eyes to Japans SSS/Oi! scene).

From start to finnish this record is well thought through and the bands are really handpicked to suit the over all sound. Some bands sound so simulair it's hard to pick them apart if it wasnt for the broken engrish from some of the Japan bands. For instance Blade's song sKKKrewed Ravers almost identical to the sound Bovver Wonderland has on their LP called Born to booze. The release claims it's a sound called "Kick Rock" which is a new thing to me since i have always thought of it as Rock Oi!.

Most bands from both sides of the pond are probably well known by you all nowdays and to keep it short (i am home sick with a fever and all) i will pick out the favourite songs from both nations.
Best song from US is Boot Party's Your fate. A band that keeps it basic and brutal just the way i like it. Best Japan song is Bad Vultures song called 77-82-93, because of the bands engrish i don't have a clue what the song is about but i can imagine it's about punks and Oi!s various births and rebirths (just looking at the date's).

Anyway excellent release featuring excellent bands and to make it a "thing" i will try to upload 2 Japanese Oi!/SSS albums a day the comming week over at Fuck yeah.
9/10 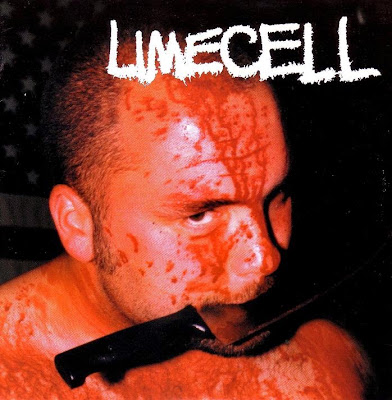 Released in 1998 by Headache Records.

Limecell is a band that i really like but this album seems to be created in the sole atempt to not please me. Released inbetween two good full-lengths this little EP makes hardly any impact and lacks anything really interesting. Both songs later got featured on Destroy the underground CD. If Roadkill and Drunk again would have featured this EP i would have loved it but now it just takes up space in my recordcollection.
3/10

Semper Fi, ooh rah!! Check out their debut album called "We glory in the title" at any distro with selfrespect 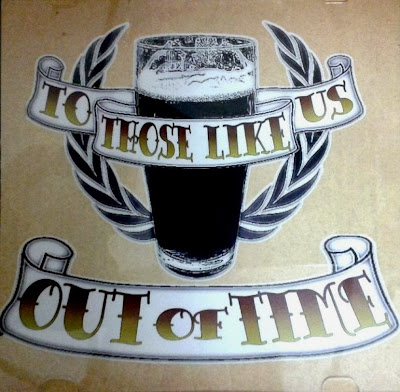 Thanks to Eric W for sending me this one.

Unisgned and unknown band out of Oklahoma that plays singalong friendly streetpunk with Oi! influences. Band consists of Ryan Wallace on vocals, Mike Six and Joe Myside on guitar, Josh Lauder on bass and Russel Green on drums. As far as i know this self-released CD is the only thing they have released.

This is your average singalong punk that has become the "new Oi!" around the world these days. It has a distinct US sound and gladly i must admit that it rises above most other bands of it's kind. Best songs are To those like us (a skinhead tribute about standing for yourself and never giving in to those who go with the flow) and At your low that reminds me about early Dropkick murphy's.
A tip to other pub-bands. Do like this band and never go fully Irish.
8/10