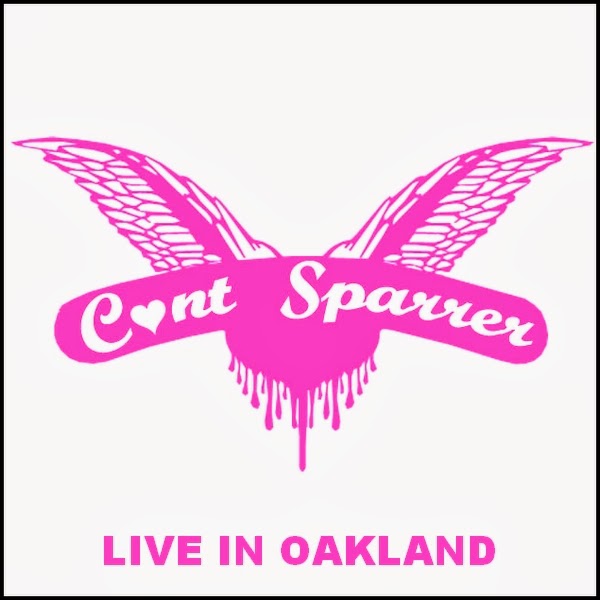 First of all thanks to Brian Guy for sending me this record.

This is the band that makes tradfags and Oi! purists piss their pants in anger. How does a bunch of cute hipsterchicks DARE to start an acoustic band making Oi!-covers. Well i for one welcomed it with open arms back when i first heard it but sadly enough the band doesnt exist any more. The band never released any material and with the exception of a song on the Cashing in on christmas compilation and a bunch of youtube videos this is the only audio you will hear from them. Today the girls have started a streetpunk band called Bad Cop/Bad Cop and moved on from the angry internetskinheads with Jenny Woo posters in their bedrooms sending hatemails. Good on them and all the best of luck.

Sadly enough this livematerial is just like all other livematerial, namely weaker than actual recordings and most of the time Sara's singing is a bit to pitched and the drums are a bit off the beat but the girls have one hell of an attitude and charm me in an instance as soon as i hear their version of A.U. As i listen to that song it strikes me why i love this band so much. The girls are actually doing exactly what they want free from subcultural laws and they are having a hell of a time while their doing it. The fact that they dont do the whole skinbyrd thing with boots and braces makes me respect them even more since they're not trying to fit in or collect punkpoints they simply love the music. Something that SHOULD matter more than buying expencive clothing and looking like you're hiding sausages in your jeans.
8/10

Just stumbled upon a new blog that needs promoting. Nice personal reviews and a good taste in music. Go check it out at Out of The Darkness
Upplagd av Bernando kl. 07:52 2 kommentarer: 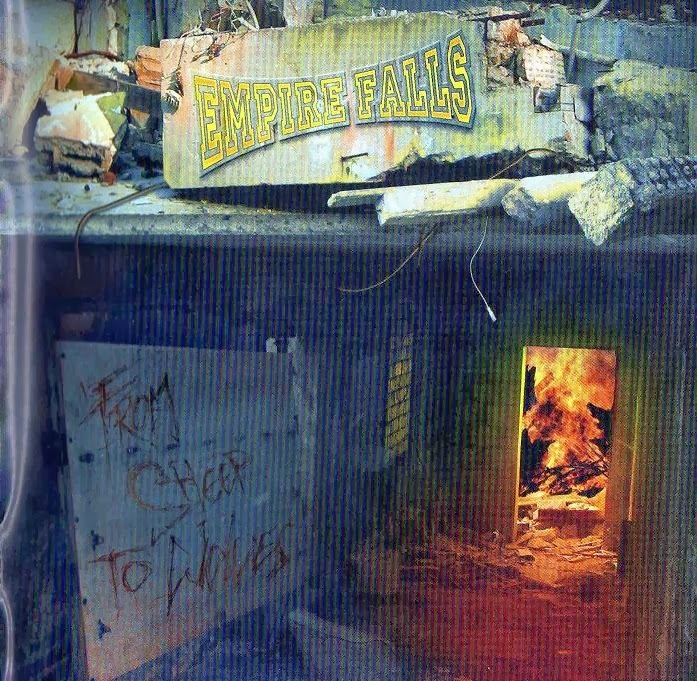 Released by One People One Struggle in 2011.

Another year another 20 something greatest hits albums from Empire Falls disguised as new records. The old songs ARE great and some of the new ones are ok i guess but since i've heard these fucking songs on every new album for the last 10 years it's getting annoying. I know "stop buying the records" and as a matter of fact i have stopped buying EF records, but folks from around the world keep sending them to me even before they have reached the stores so yes in a way these old songs ARE being thrown at me from all directions. Sometime listening to the later EF records makes me feel how a pornstar in a blowbang must feel when 20 guys keep shoving their cocks in her nostrils and earholes. Fucking enough already, put that dick in your pants and wait your fucking turn Empire Falls! You guys are turning into The Eagles of the udnerground and to believe i once was a collector.

With that out of the way, hey i notice one of the guys from Antiseen is playing bass on this record (as if i even have the strength to deal with these fucking albums any more)
3/10

Download
Old livefootage of The Underdogs (back when the song was new and interesting)
Upplagd av Bernando kl. 08:18 1 kommentar: 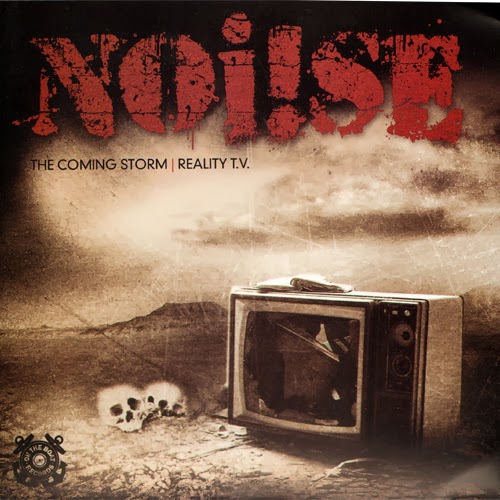 Noi!se is a band i guess most are familiar with these days unless you are new to the scene or have been living under a rock for the past 4 years. The gestalts is a whole new matter though and as out of place as they might look in "skinhead associations" its nice to see a brand new band get a shot at some underground fame.

The gestalts is a 5-piece band out of Indiana playing "clean punk" with some skinhead rock'n'roll vibes thrown into the mix ending up somewhere inbetween The Broadsiders, The Truents and Tommy and the terrors. It's nothing to go apeshit about but at the same time they do their thing without trying to be something they're not. Good solid band which got their debut through this split and ended up releasing their own little 7'' called "Bloodshot eyes" last year through Randale Records.

The split starts of with what i consider the best song, namely Comming storm by Noi!se. The song has that perfect mix of two vocalists who actually know what they're doing and when put together it's just absolute killer. The gestalts side is a bit weaker though this might be because i'm not really a huge fan of their sound. Their song Borderline is nice though and a good introduction to a band i will be looking more into (got their 7'' but havnt given it a proper listen yet).
7/10

Download
Can still be bought at:
Oi! The Boat
Cadre
Step-1 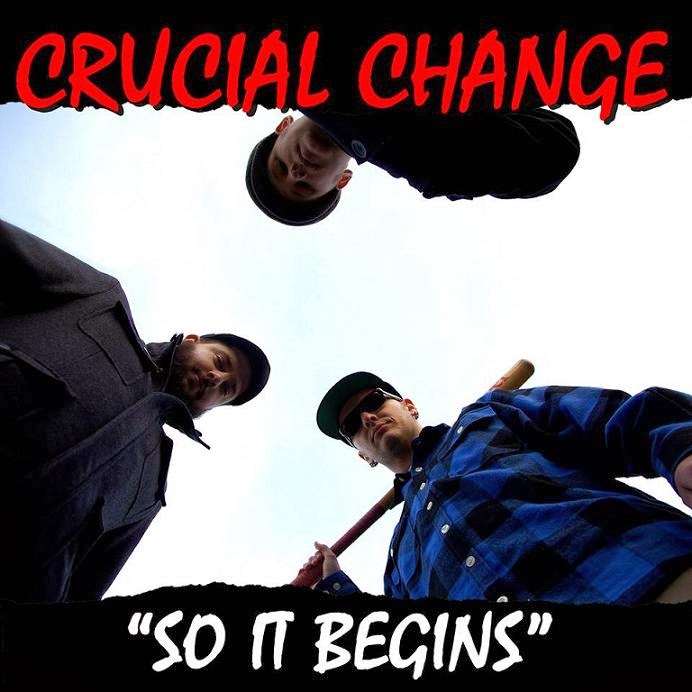 WAR Records is in the process of releasing Crucial Change's latest LP entitled So It Begins. Those familiar with the band wont be dissapointed. Planned to be released by the end of this month. 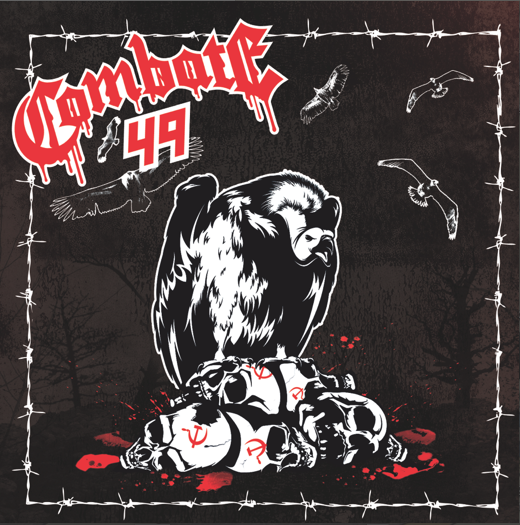 Also to be released by the end of February is the debut LP of the Jersey based Combate 49. Along with the re-issues of First Stike's old records this label is sure looking better and better each day that passes.


Since no promo of the album exists i post a Skinhead MMA video that has a song by C49 around 8:30 (and one of the members fighting towards the end)
Upplagd av Bernando kl. 01:18 8 kommentarer: 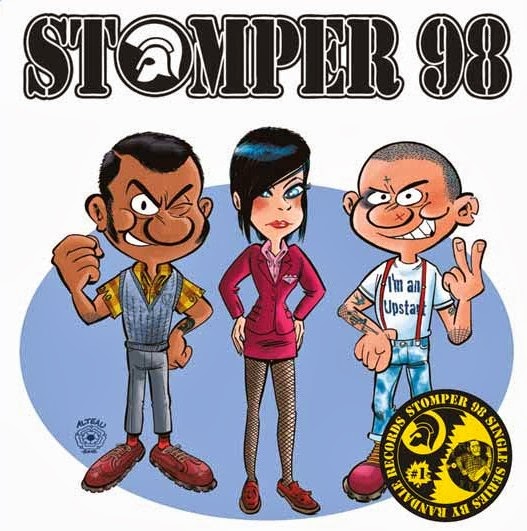 Released by Randale Records in 2011.

Never been a huge fan of Phil's German sideproject Stomper 98. To be honest i feel sick most times i have to sit through a record of the subgenre that is "German saxophone punk" wether it be Stomper 98 or Stage Bottles (at least their debut album was good). Only thing worse in my ears is the new Dutch/German metal-Oi! but i wont go on about that right here.

The record starts of with "tze germanz" and to my surprise both songs they deliver are actually quite good, especially their ISP anthem. Sure it has saxophone and might be a bit stolen on some edges but it does the job right.

45 adapters always deliver and always make me smile a bit. Few skinhead bands can sound so happy and positive without sounding weak. Best song on the split is Nothing to prove. A song that should speak to most grown men and women wether it might be about not mowing that lawn cause the neighbors did it yesterday or simply walking away from drama. Living for one self basically, killer song.
8/10