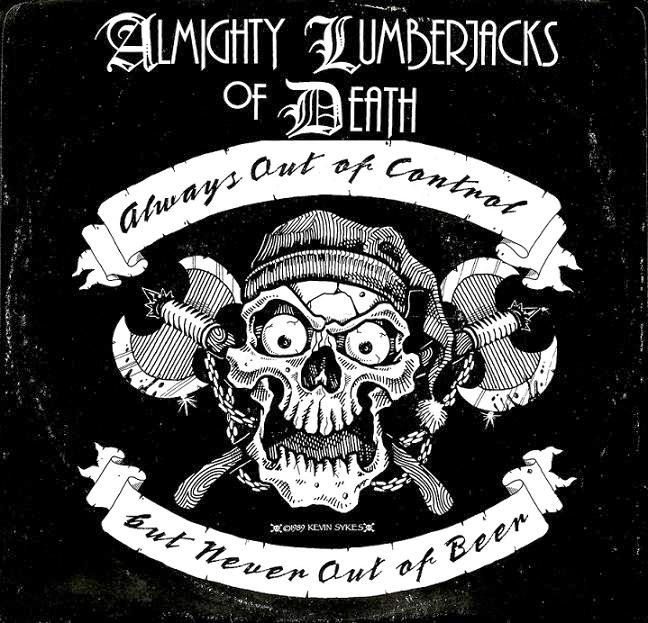 Released by Force Majeure Records in 1989.

Classic band with a classic record that was included in the ALoD's discography album from 2005. This is the proper vinyl rip though and with full coverscans some of you out there might be interested in it.

Won't go in on the album itself since i already reviewed the discog-cd. Devil girl is still the best track and all of that.
Click Almighty Lumberjacks of death for review of disco-album and one of the most nerdy bandintroductions ever
8/10