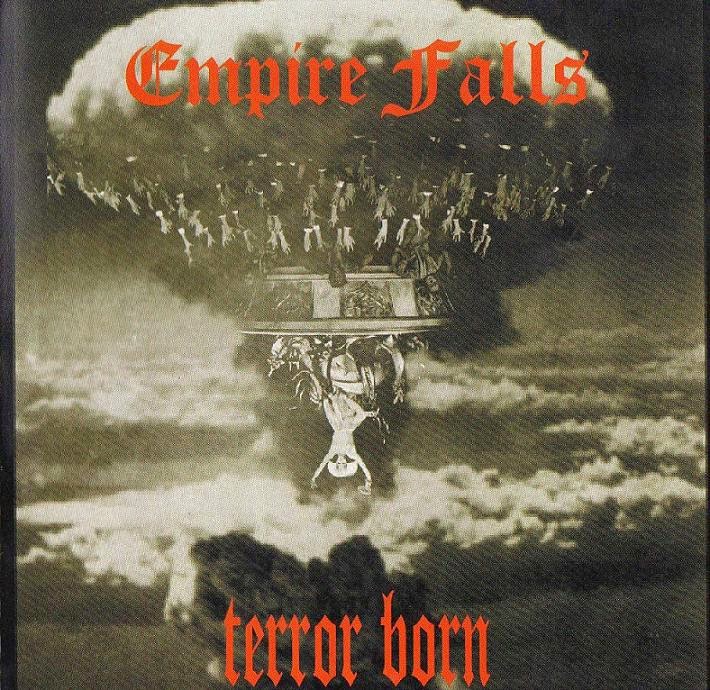 A real new record from EF with only one old song? It sure is and even though it's far from Oi! i am happy to announce that it's far from crap.

EF is one of those bands that many like me just can't stop to be facinated about. They often go out of their way to annoy their own "crowd" and in some mission to become the ultimate outsiders they burn all bridges and as soon as you think you got them figured out they jump out of the shower and smack you over the head with the biggest fuck you ever. It's not in the way Anal Cunt annoyed their crowd with Picnic Of Love but in a way they tend to piss of even their most devoted listeners when flipfloppin back and forth between genre's and pissing everyone of with their anti-PC rethorics (me included at times). Once pissed of though you can take a step back and just enjoy the music wether it be metal/punk/hardcore/rac/oi and realise that they are actually a bunch of quite competent songwriters and musicians.

I am not a huge fan of guitarmasturbations or lyrics about world conspiracys but even so i like this record. Songs like Terror Born really gets addictive with it's pure hatecore sound mixed with some (what i think is) distand bongodrums going on all while Bryan shows of his skills of 15 years as a hardcore singer. Add the anthemtrack Intolerant Crew and the metaldownbeat madness of Fresh Blood Invite to the mix and you got one hell of a reason to get this album. It's far from Oi! with many songs like Alone in the crowd falling flat before they even start it's far from perfect, but still.

Empire Falls might be dicks but with this album they're a dick i'll gladly have poking in my ear for the comming months.
8/10