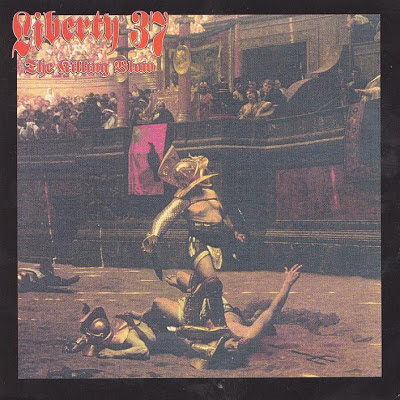 A bit more metal and RAC sounding when compared to their first record but still offers some interesting songs. Most tracks follow the old theme of the "new world order" which to me sounds like an updated version of "the jews". I don't know if "the jews" controlled the world back in the days, i don't know if some secret society of bankers run this "new world order" today and until i know i won't slag any of the theories of but i can atleast say that they both become a bit to repetative as lyrical content after a while.
A song that stand out is the break-tastic Jackboot Stomp about how FBI uses terror to control those who don't think like the masses, hey maybe this band should band together with Harrington Saints and their guerilla army since they both seem to have the same enemies.
A bit to paranoid and a bit to metal for my taste but still a decent release.
6/10