The allied - Introduction and songs 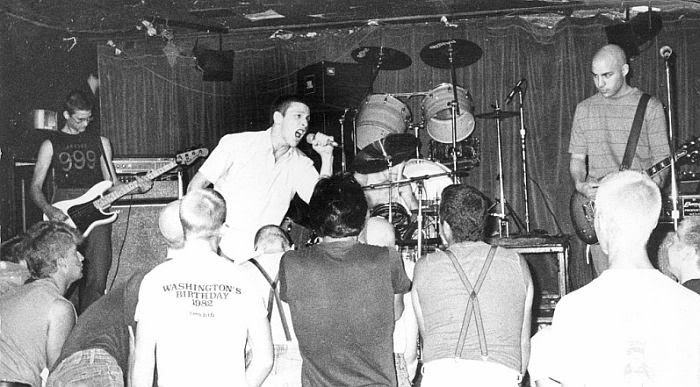 Viewed by many as Americas first proper Oi! band. Formed in Detroit around 1981 by Rob Michaels on vocals, Pete Zelewski (bassplayer in Negative Approach) on guitar, Doug Basha on bass and Bud Burcar on drums. They mixed the current "skinheadsound" from bands like Iron Cross with English punk and Oi!, something that was quite daring in the HC-frenzy that was sweaping across the states. With some line-up changes and a ton of bigger shows thanks to the fact that Pete played in the band they continued until their breakup in early 1983. Nothing really became of the band and the 6 songs that they recorded where never released other than these 4 songs that where featured on the "I Estimated Your Worth Today" compilation released in late 1982.
-----------------------------------------------------------------
Tracklist:
01. Cover up's
02. Into the 80's
03. Leave my life alone
04. Hidden violence

This will not be one of those moments where i go on about how sad it was that a band "never happened". Because to be quite honest this is garbage music from the scrapheap of mediocre sounds. A singer without a voice and a band that seems conflicted about what the hell they are doing. On top of this the soundquality leaves much to be asked for and out of the 4 songs only one is even remotely listenable (Leave my life alone). They might have been the first one but i know i'd rather wait 2 years and give Killroy the crown of "First proper Oi!band"